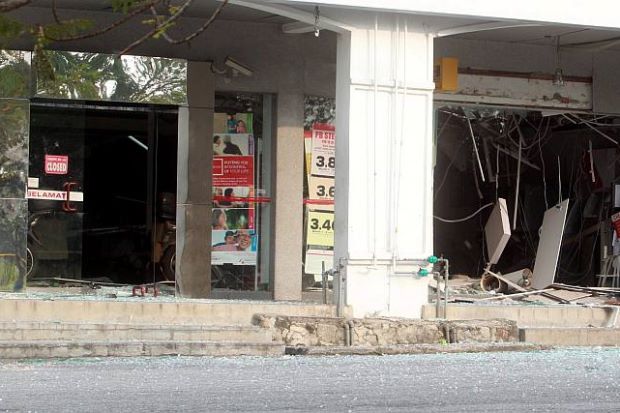 The damaged service area at a bank in Bukit Beruntung after the homemade bomb explosion on Tuesday. (Photo by The Star)

The bomb caused the ceiling at the bank’s service area to collapsed, breaking glass windows and damaged the bank’s several other machine.

Anyway the robbers ran away after the explosion, maybe due to the security alarms.

No money were stolen from the bank.

The case has been classified as causing mischief by fire under Section 435 of the Penal Code.

Structural damages were estimated to cost about RM500,000.