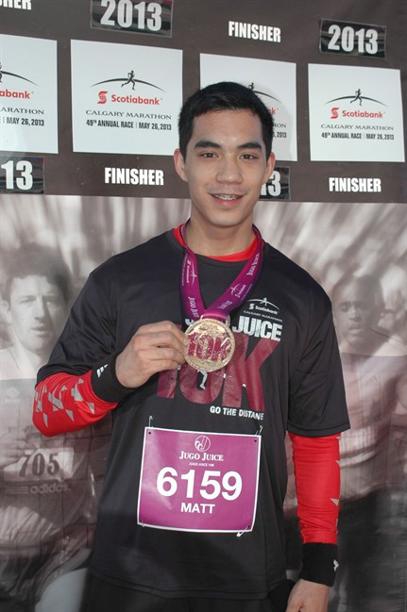 Matthew Douglas de Grood, of Calgary, is shown in this image from a Calgary 10k race in 2013. Calgary police say the son of one of their own is a suspect in the worst mass murder in the city’s history, a bloody and baffling attack on a group of university students at a house party. THE CANADIAN PRESS

Calgary police said that a son of a police officer stabbed five students of the University of Calgary to death early Tuesday.

This is the worst mass murder in Calgary and it happened less than a week after a mass stabbing in Pittsburgh.

The incident happened during a party celebrating the students’ last day in classes in the northwest residential neighbourhood of Brentwood.

The suspect was arrested after he was tracked down and bitten by a police dog and his parents was heart-broken when they heard the news.

On April 9, 2014, 22 people were injured in a mass stabbing at the Franklin Regional High School, Pennsylvania.