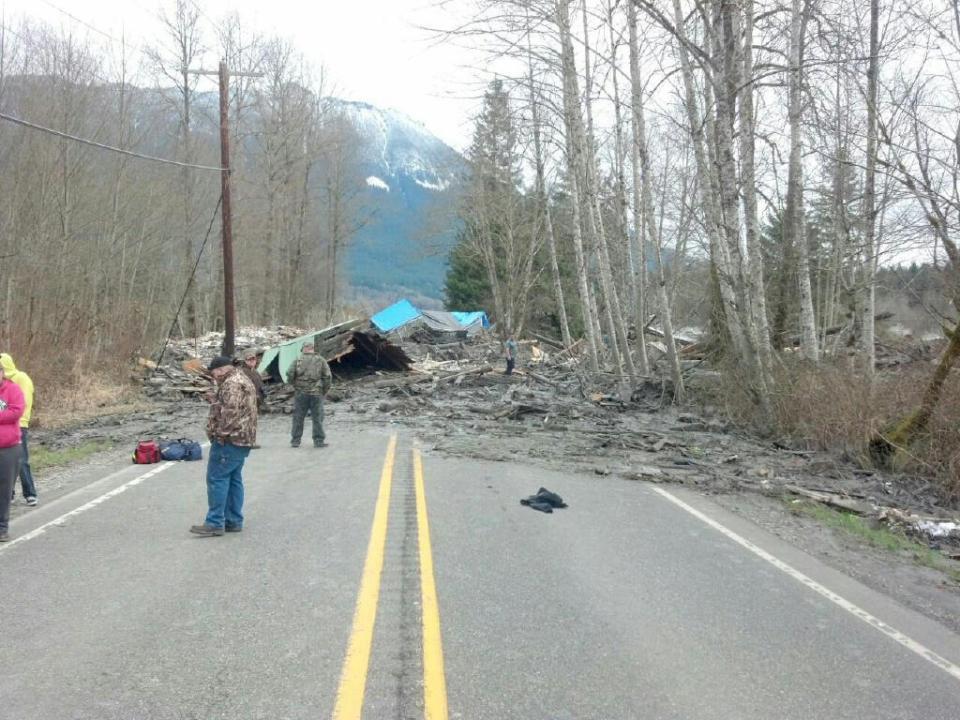 Officials survey a large mudslide in this handout photo provided by the Washington State Police near Oso, Washington March 22, 2014. The mudslide pushed debris and at least one house onto Highway 530 near Oso Saturday morning according to local news reports. Search and rescue crews were responding to the scene. (REUTERS/Jason Redmond)