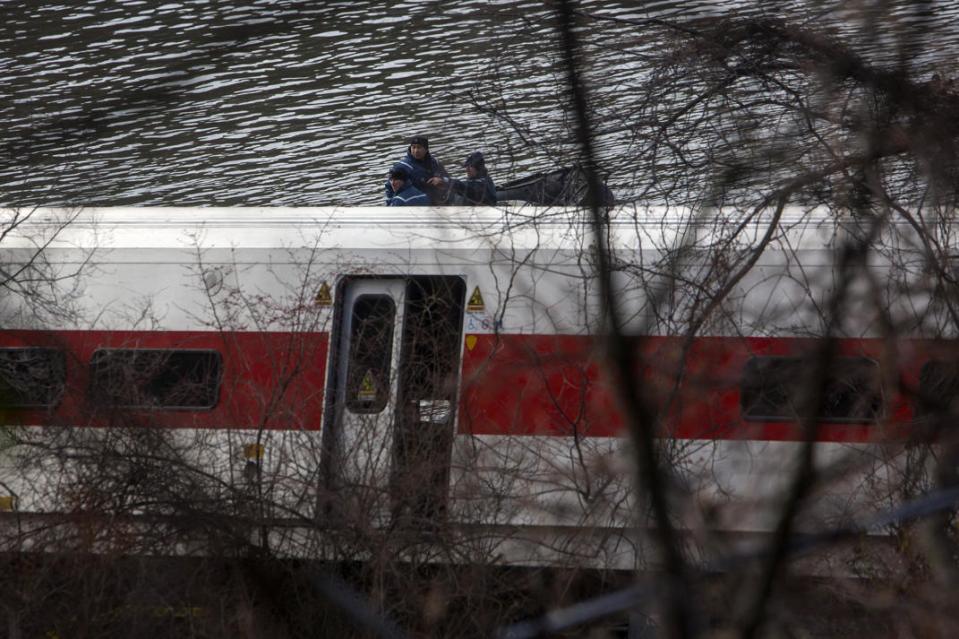 Police officers riding an inflatable boat look for victims of a Metro-North train derailment in the Hudson river in New York December 1, 2013. At least four people were killed and 63 injured, including 11 critically, when the suburban train derailed, with at least five cars from the Metro-North train sliding off the tracks, officials said. (REUTERS/Eric Thayer)