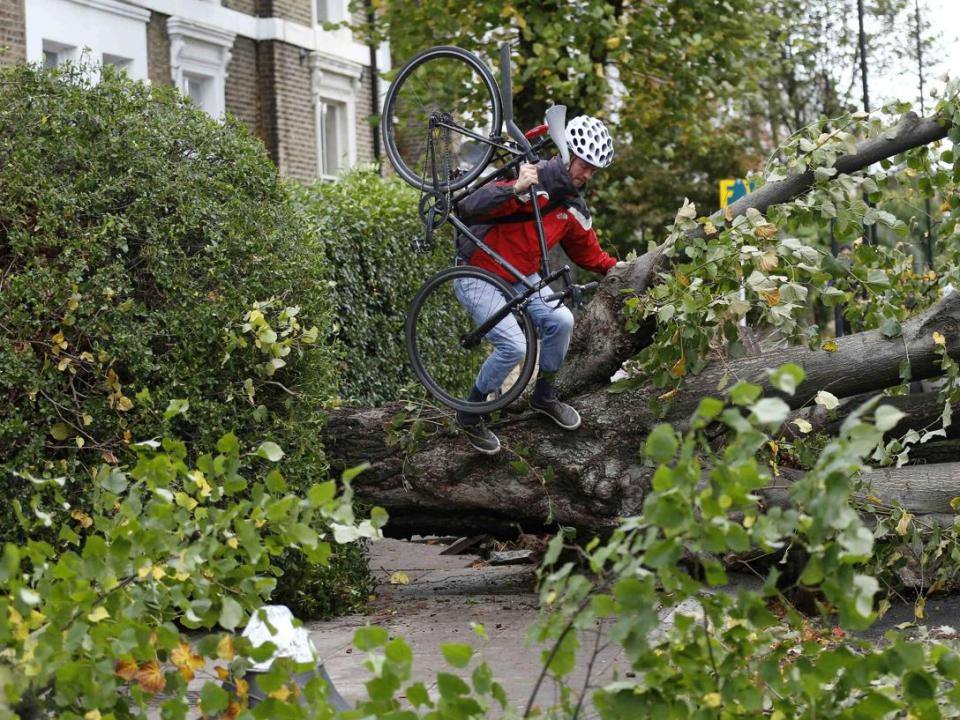 A cyclist carries his bicycle over a fallen tree in Islington, north London October 28, 2013. Britain’s strongest storm in a decade battered southern regions on Monday, forcing hundreds of flight cancellations, cutting power lines and disrupting the travel plans of millions of commuters. Winds of up to 99 miles per hour (160 km per hour) lashed southern England and Wales in the early hours of Monday, shutting down rail services in some areas during rush hour. REUTERS/Olivia Harris