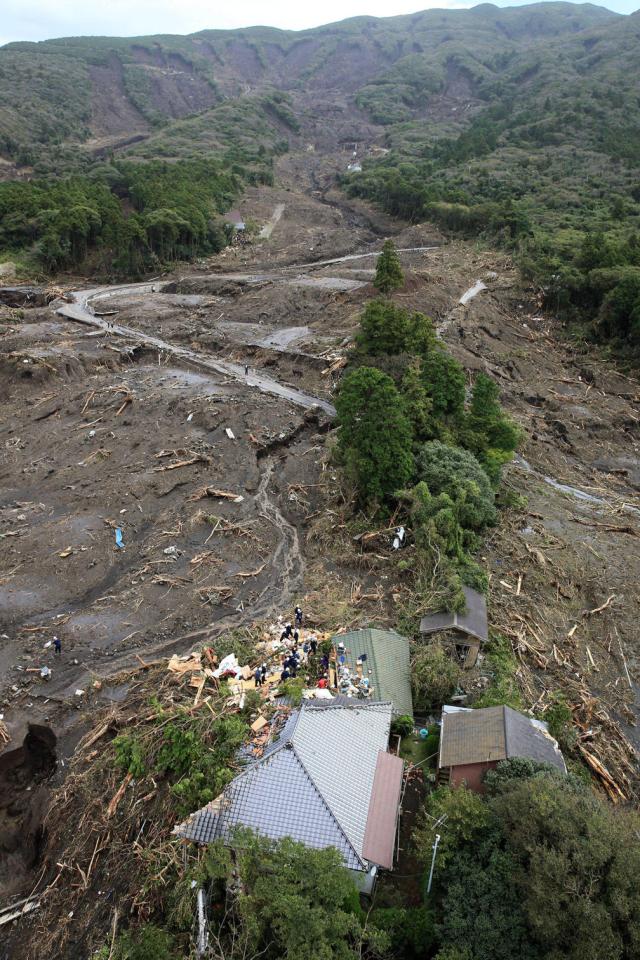 Rescue workers look for survivors as they stand on the rubble of a house buried by mudslides after a powerful typhoon hit Oshima on Izu Oshima island, about 120 kilometers (75 miles) south of Tokyo Wednesday morning, Oct. 16, 2013. Typhoon Wipha has lashed Japan, leaving at least seven people dead on a Pacific island south of Tokyo as it cut across the capital region and headed north. (AP Photo/Kyodo News)