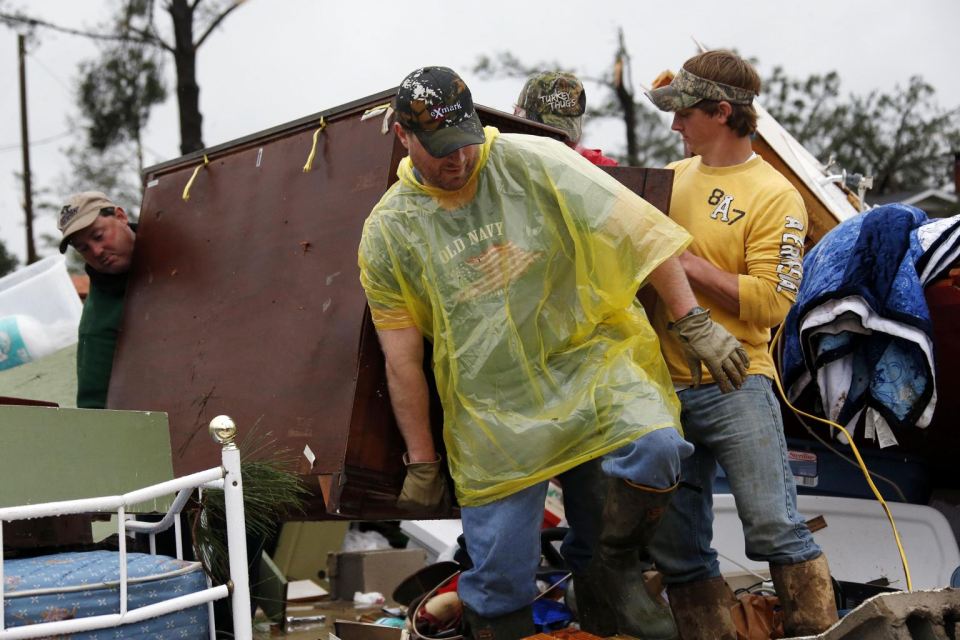 Shuqualak, Miss. residents begin cleanup of debris from homes hit by a tornado Thursday, April 11, 2013. A tornado plowed through rural sections of eastern Mississippi Thursday, killing at least one person and causing widespread damage and power outages, officials said. That and other damaging storms in the state were part of the same front that had dumped heavy, wet snow and ice in the Midwest and spawned tornadoes elsewhere. (AP Photo/Rogelio V. Solis)