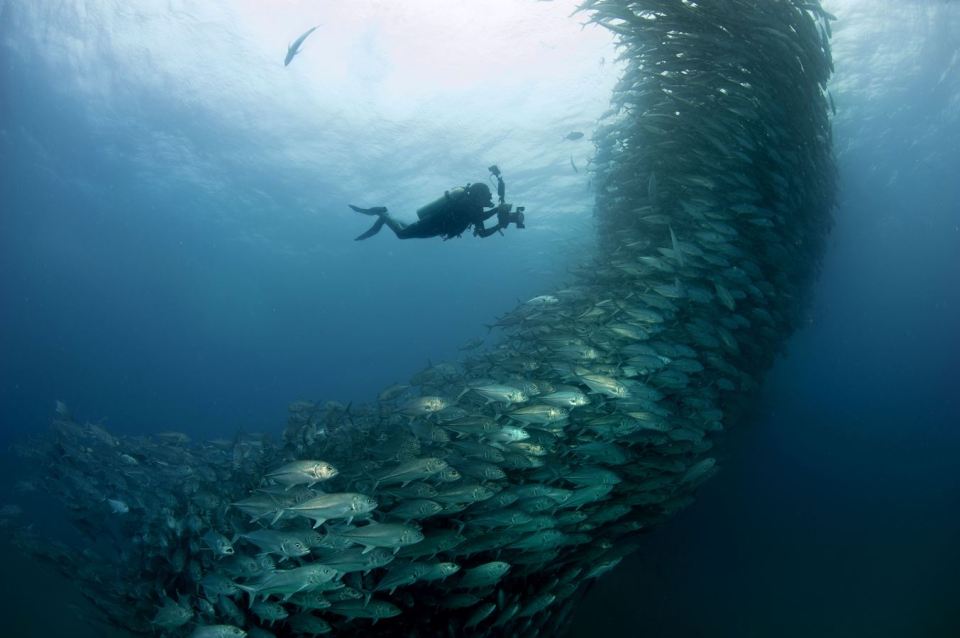 PIC BY OCTAVIO ABURTO / CATERS NEWS – (PICTURED The swirling fish swim past diver David Castro with his camera) – Smile – its the school photo! This is the hilarious moment a marine photographer managed to capture hundreds of wide-eyed fish apparently posing for a picture. Californian photographer and conservationist Octavio Aburto had spent years photographing the school in Cabo Pulmo National Park, Mexico – and had been trying to capture this exact shot for three years. The Bigeye travellies fish gather in their thousands in the oceans during courtship. SEE CATERS COPY