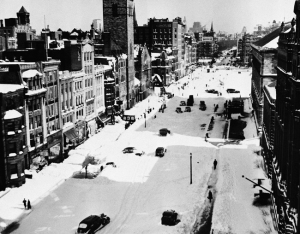 1940: During one of the worst blizzards in New England history, the heart of Boston’s shopping district is shut down. (AP Photo/Abe Fox) Please click the photo for larger image. 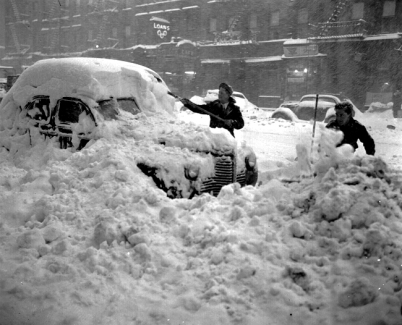 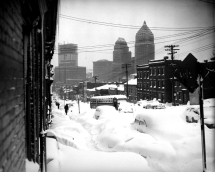 At first the storm gave way to some pretty beautiful landscape shots, like this one of Beacon street. (The Atlantic Wire)

But then by morning, weary shovelers were pretty tired of all the snow. You can only see the cars on this Beacon Hill street because their mirrors are showing. (The Atlantic Wire)

And despite the car ban, some people still need to get around. It just means they need to switch to alternative transportation methods like this. (The Atlantic Wire) 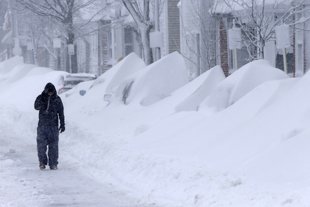 On the city’s south side, the scenes captured in these Associated Press photos are even scarier. There used to be cars on this street. You can barely see them now; there are only snow drifts.

1 thought on “In Photos: Northeast Blizzard Now And Then”